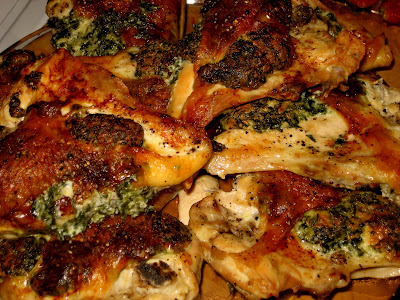 7:30 in the morning and we’re still in bed. On Friday, even! No, I will not get up – I’ve been ordered to stay home from work. It’s my furlough day, a popular non-vacation, non-holiday, non-paid weekday utilized by many businesses during our current recession. Streaming it to this 3-day Memorial Day weekend assuages the grief of a thinner paycheck.

8:30 in the morning and we’re still in bed. Eventually, we shuffle to the couch, but lounge in our “cozies” (that stage of dress between pajamas and you-look-fine-we’re-only-going-to-the-supermarket attire) until 2:30.

No furlough for the rain, though. The sky continues pouring it over the curbs like an over-eager busboy refilling your glass after every sip. We remain indoors. Well, except for a quick jaunt to New Seasons for a chocolate-covered old fashioned. As a cold marble of rain plinkos between my shoulder blades, I remember I could be hunched over my keyboard at the office, futilely engaging a non-responsive FTP site. For that, I could even shrug off fists of hail.

Back home, Erin and I wordlessly communicate with our online compatriots. We Facebook (a new verb), Twitter (an old verb, but used in a new way), Wave (see “Twitter”), IM, email, blog, slog, farkle, gazinta… and before you know it, we’re both speaking Yiddish.

Note: the protagonist of my debut novel will be named “Farkle Gazinta”.

But did we waste the day, with all the social networking? Some will say “Yea!” exuberantly. Others, “no”, with nary a glance askance from their Blackberry. Or Droid. Or Tricorder. It’s as if all my Star Trek toys from 1975 were fully operational.

As usual, my ITSK deadline hovered like a swarm of obscenicons in the lowery sky. How fortuitous it fell on my day off! If only my particular “writer’s combination” would unlock my creative side in time! I require a precise trifecta of Inspiration, Articulation and Discipline before I even consider tapping the keys. Of the three, Discipline eludes me most often. Sometimes I write the entire article in my head before I get out of bed in the morning but can’t push myself to the physical third of the job.

Ah, you guys are probably hungry by now. Erin depends on her own trifecta for her recipes, I suppose, but she seems to struggle less with her decisions. Like the other night when we hosted a surprise party for a member of her pre-legendary, semi-fictional band Trifecta. We were expecting seven guests in 2 hours and Erin hadn’t decided what to make for dinner! I left the room to powder my nose and when I returned, Boom! Inspiration had struck! Followed quickly by what I filtered as Articulation and the oh-so-elusive Discipline! We were back from the supermarket in 30 minutes, pre-heating the oven and thawing the frozen spinach.

I don’t recall the party that well, but Erin’s stuffed chicken lingers in my sense memory like a great novel.

I guess if I need to review the surprise party, I could just check my Facebook or Twitter or blog or slog or…

Erin’s Intro: I had about 10 minutes to decide what to cook for a large group of people and NO clue what I was going to make. Panic was setting in. Usually I don’t plan what I’m going to do anyways, but this was a whole new level of procrastinating. (An HNL, if you’re in Trifecta). So I’ve got 5 cookbooks out and I’m flipping frantically through trying to find something that will be nice enough for a dinner party, but easy enough to pull together with limited time. And then, Voila! I found this stuffing recipe. It’s pretty brilliant. I used chicken breasts on the bone, but in the future I’ll most likely do it another way, so I’ll explain both.
Chicken Trifecta

When spinach is thawed, press between two layers of paper towels to remove most of the moisture. Mix all ingredients together. Set aside

Bake at 375 degrees for about 45 minutes, or until chicken is cooked through.

Option 2: Use chicken half breasts on the bone and stuff the mixture under the layer of skin. Brush with butter and season with salt and pepper. Bake at 400 degrees for 30-45 minutes, until chicken is cooked through. 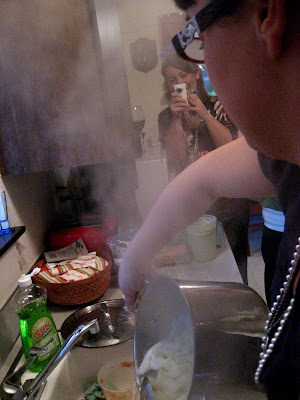 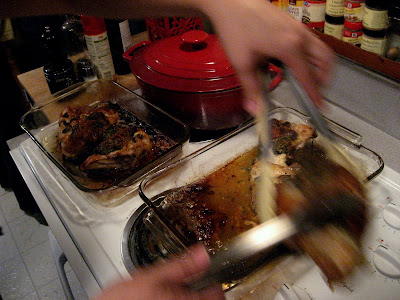 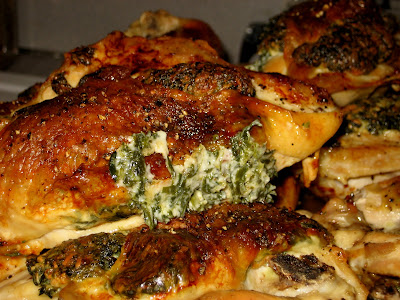 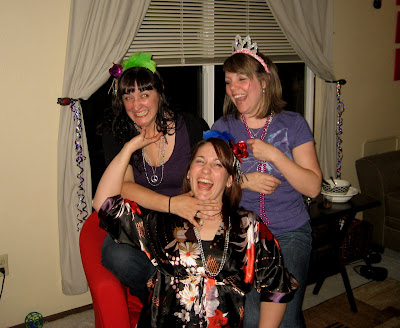 The “In the Sellwood Kitchen” cast and crew can be contacted at: erinandmike@sellwoodkitchen.com
Posted by The O'Shaughnessys at 4:09 PM

The framework is based on Markov chains, and the Coach Handbags Clearance main novelty arises because ESWO moves through the space of partial assignments. This makes it significantly different from the analyses used in local search (such as simulated annealing) which only move through complete assignments. Coach Outlet Generally, the exact details of ESWO will depend on various heuristics; so we focus our approach on a case of ESWO that we call ESWO II and that has probabilistic as opposed to heuristic selection and construction operators.

But Yeezy Boost 350 a beach was something the fishermen could at least understand; after all, there were beaches in New Jordan Shoes 2020 Monterosso al Mare and in the Riviera towns to the Yeezy Discount north, where the town's fishermen sold the bulk of their catches. When Pasquale announced his intention to carve Ray Ban Outlet a tennis court into a cluster Coach Outlet Store of boulders in the cliffs, however, the Ray Ban Glasses fishermen declared Pasquale even more unhinged than his father. "The boy has lost his sense," they said from the small piazza as they hand rolled cigarettes and watched Pasquale scamper over the boulders marking the boundaries of his future tennis court with string.

You can book call girl in Guwahati or escort Service in Guwahati for incall facility or
outcall Facility as and when required.To book Guwahati call girls you
can visit the following links
Guwahati Escort
Call Girl Services in Guwahati

Make your daily life passionately amazing with Guwahati escort and call girl services.
Romance is not a simple factor that you can bargain with.
Escorts in Guwahati
Escort services in Guwahati

Guwahati Escorts or call girls in Guwahati are those call girl who are rocking and
amazing in terms of better-quality sexual performance for the customer.
Guwahati escort
Guwahati escort service