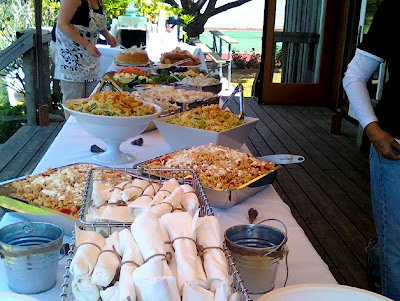 Just had a haircut and a shave in the bathroom (I’m my own tonsore). Now, in the air-conditioned bedroom, I’m a little chilly. Complaints, complaints. Erin’s scrapbooking (yet another talent) at her desk. And I’m typing in bed. Like Joyce! No, not Joyce. Maybe Saroyan. Probably not Mailer. I’ve got it! Fitzgerald! With his soft hands and all… 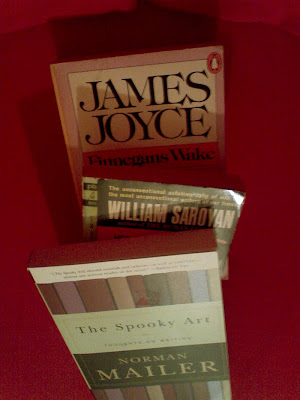 Me: Oh, nothing.
We didn’t have one of our usual Sellwood Kitchen dinners with the gang tonight. Haven’t in a while. It’s been a busy summer, and, like I said last time (did you read my last article? It was fantastic!), Erin’s been catering her friends’ weddings, so soirees have been put on the backburner until September cools off (both literally and figuratively).

Because the sun looks down on us (not literally) and guffaws hot hales of dry white laughter (figuratively).

Because the sun is a bum what oughta be socked inna nose for getting too close this summer!

Who cares! We’re hungry, whether you dopes eat a big meal or not. What is this – At the Sellwood Borefest or In the Sellwood Kitchen? Give us a recipe!

All right, I’ll get you a recipe. 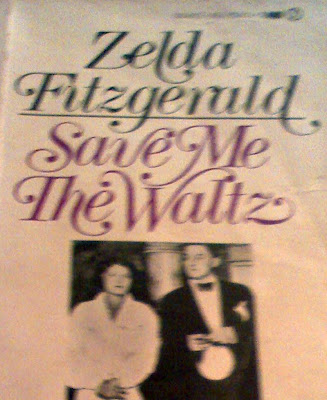 Me: Hon, do you have a recipe?

Erin: Mint julep. Why would I want mint julep?

Me: No, I was saying like if I was F. Scott Fitzgerald, then you’d be Zelda, his wife, and maybe you’d want a mint julep, even though his character, Daisy Buchanan, drank them in “The Great Gatsby” and not his wife…

Me: Ouzo? Ugh, I hate licorice. I’d rather have a mint julep.

Erin: No, write about the orzo salad. God!
I start thinking about too many things at once and don’t pay attention to what’s happening outside my head. The orzo salad. My favorite salad! So cool and refreshing! Perfect for these deep summer days.

Erin created what seemed like gallons of this good stuff for one of the recent matrimonial events. So there were leftovers for me! A side dish, I suppose, but I eat it like a meal. I’d market it as such: Orzo Salad – Eat it Like a Meal!

I wonder if Fitzgerald ever had orzo… 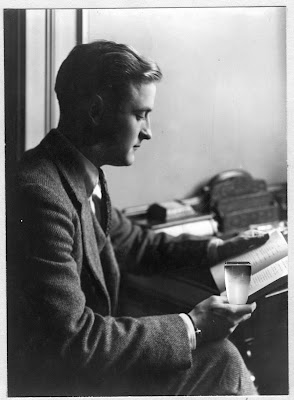 Me: (Did I say that out loud?) Oh, nothing, I’m just yammering to myself.

You’re telling us! Why don’t you go sort through those two dozen dusty LPs you dragged home from your precious Antique Mall so we can listen to Erin?

Hey, that’s not a bad idea! You see, they closed most of the booths there, so the records were going for cheap! Hmm, should I listen to The Live Adventures of Mike Bloomfield and Al Kooper or Invitation to Yiddish?
ORZO SALAD

Erin’s Intro: The Sellwood Kitchen has been completely taken over by giant trays, chafing dishes, and other oversized food serving paraphernalia. August is wedding season. Granted, I don't have a catering "business", I just seem to enjoy giving up my kitchen, my refrigerator, and 3 days of my life to feed friends of friends at weddings. Why did everyone decide to get married at the coast this year? Oh well, an excuse for a road trip. By the way, a shout out to everyone I know for loaning me coolers this summer. I couldn't have done it without you. The little Disney embellished cooler from our honeymoon isn't up to the task. So, this month, the Sellwood Kitchen hasn't been the usual place to gather with friends to eat and drink wine (we still drink wine though), I don't even remember the last time I cooked a meal for anyone living here... But, it has been a great experience to cook food for 35 to 100 people and walk into a room full of them eating it, and liking it. So, here is one recipe that I used this summer. And don't worry, it's not for 100 servings, but you can always multiply it by 10 if you feel the need...

Cook Orzo until al dente, strain, and rinse with cold water. Toss with a little EVOO and put in a large bowl. To pasta, add the red onion, tomatoes, cucumbers and feta cheese. Mix together, toss with the vinaigrette. Season with fresh cracked pepper to taste. Let chill in refrigerator for 1-2 hours or overnight.
The “In the Sellwood Kitchen” cast and crew can be contacted at: erinandmike@sellwoodkitchen.com
Posted by The O'Shaughnessys at 8:47 PM 22 comments:

26.0 Nineteen Hundred and Sixty-Nine Plus Forty 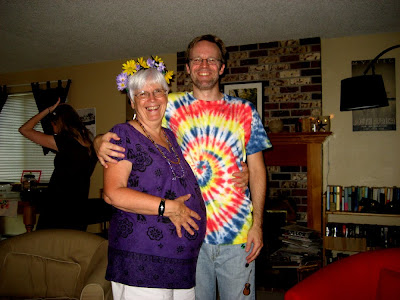 "Who cares if you don't know what you want?"

I left the funeral home at one in the morning, embalmed. The fluid was cheap beer. The mortician was the bartender. And the funeral home was The Woods, Sellwood's new music venue on Milwaukie Avenue.

You should know this about me -- I don't like to leave the house after supper. What can the world offer me that my couch does not? But the Woods, the old Wilhelm Funeral Home converted to a music joint, is within walking distance. Plus it's my birthday weekend. And we don't have a recipe this month (which I concur is really the only reason to read this furshlugginer article each month), so I needed something to write about. (Erin's been busy catering a few of her friends' weddings so we’ve been eating a lot of cereal at home.) 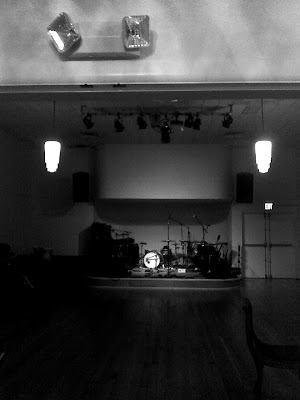 Just as well -- what would be an appropriate recipe for my 40th birthday article? Soup? Boring. Delicious, but boring.

Yes, by the time you read this, I'll be 40. Or dead. Which would make it a real keepsake, unless you're reading this 100 years from now in the Sellwood Public Library's digital archives (or on some micro-fiche if you're one of those neo-traditionalists everyone will hear so much about in the 22nd century). In that case, my being dead 100 years from now would be unremarkable. Indeed, if I am still around, wrapped in an electric slankee in my anti-gravity rocking chair, bemoaning the cost of a Rolling Stones concert ticket, be sure to thank me for inventing the full-body wet-nap, a moist towelette coverall for distribution at restaurants with sauce-heavy menus; I hope to have it in production by the end of third decade of this millenium.

I entered the world in a storm, a 12 lb hailstone of a child. Forty years and 138 lbs later, I still prefer the rain to the sun (perhaps nature played a larger role in calling me to Oregon than practical reasons). I was a large child, a fact either doubted or celebrated by the curious, considering my thereafter lean physique. My gargantuan birth weight was the talk of Mary Immaculate Hospital that week. Why such a gentle giant? Laziness. I believe I overextended my stay in the womb. My birth should have coincided with man's first step on the moon; instead Buzz & the boys were already back on Earth, eating ham sandwiches and watching the Johnny Carson show...

I was 3 weeks old as Woodstock sang, swayed and stank 2 hours north in Bethel, New York. I couldn't make it -- Dad was a dyed-in-the-wool folkie in the Brothers Four/Kingston Trio tradition, and if by some cruel twist of Aquarian fate he found himself in the tea-soaked mud, he more likely would have been trying to score an valium rather than the brown acid.

I did attend the Woodstock (Oregon) Festival & Parade the other day. There was considerably less nudity than the famed festival of 1969.


Erin: What are you doing?

Me: Electric daydreaming. I'm taking stock of the last 40 years.

Me: I’m watching Cookie Monster on Youtube. Sesame Street turns forty as well this year. Yes, Cookie Monster and I are about the same age. We’ve been having an unspoken cookie-eating contest these last four decades. (Don’t tell him, I lost count years ago. Also, don’t tell him because he is a puppet.)


Forty. Well, not 40 yet. One more day (I’m back in real time now). Erin's having a party for me today. I was going to say "in my honor" but that makes me sound 80. Some would say my vocabulary makes me sound like 80. Just because I bring up Margaret Dumont a lot.

I suppose I'm a slightly unusual for my age. I act about thirty years older, but was carded for looking 27-years old the other day (while purchasing a box of wine). No, I mean case of wine. I haven't bought a box of wine in almost 15 years. That was during my Carolina Days, when I lived in Calabash, NC, and my only literary output was editing and contributing to a zine I published with my friend Harry Carbohydrate. "Report to Hell" we called it (a play on Kazantzakis' memoir of Greco). Desperate poetry and clip art -- it was the best of rhymes, it was the worst of rhymes. But I developed a style I utilize today in ITSK. Be thankful this column isn't called "In the Calabash Kitchen" -- after all, how many ways can one prepare macaroni & cheese?For better or worse, I'm at my peak, artistically (though I pray fervently that I have not reached the zenith of my abilities or my legacy may be limited to the aforementioned wet-nap tuxedo). 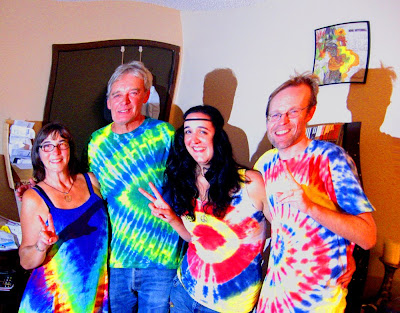 Why would any of this be interesting to you, my Sellwood/Moreland/Etc neighbors? Oh heavens, I can't imagine it would be at all, at all...

So, in lieu of a recipe, here’s some trivia you can chew on! Get it? With the chewing…?

In 1969: The Beatles Abbey Road, New York Tendaberry by Laura Nyro, Trout Mask Replica by Captain Beefheart & His Magic Band, and The Velvet Underground were released.

In 1969: Paul Chambers, Brian Jones, Josh White and Frank Loesser died (Loesser, on the day I was born).

In 1969: The New York Mets won their first World Series in Game 5 against the Baltimore Orioles.

You see? Even the losers get lucky sometimes. Well, gotta go. The guests are arriving, the hotdogs are bursting…and it’s almost time for my nap.

Oh, and go to The Woods! Someday it’ll be regarded as the CBGBs of Sellwood!

The “In the Sellwood Kitchen” cast and crew can be contacted at: erinandmike@sellwoodkitchen.com
Posted by The O'Shaughnessys at 8:37 PM 94 comments: