43.0 Leave the Dishes: The Series Finale 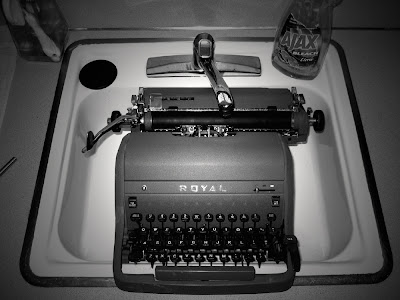 Starring Erin & Mike and the Usual Gang of ITSKiots
Filmed on Location in Beautiful Downtown Sellwood
Soundtrack: Full Moon Fever by Tom Petty
“Gonna leave this world for a while”
Frankly, I was hoping to sell out. But that call ne’er did arrive. Not from Gourmet, Bon Appetit – hell, not even Everyday by Rachel friggin’ Ray! I guess I made the column too personal, the appeal too acute, its access too remote. And despite what many writers assume, no one really wants to read your diary (Anais Nin and Laura Palmer to the contrary).

I would’ve turned down all offers anyway – I’m loyal to The BEE! (Like the Motorcycle Boy, loyalty is my only vice – that and betting on the winners of the original “Star Search”, a iniquity extinguished only by the show’s cancellation in 1995.)

Regardless, we’re closing the intangible doors of our fictional kitchen. “In the Sellwood Kitchen” is at its end.

Seinfeld went on too long. M*A*S*H, too. Even, forgive me, Finnegans Wake (I’m still trying to get through it). I wanted to end with a bang, not a whimper, but I’m not sure I even had enough interstellar gas in the first place.

So we leave you, our dear loyal perusers, at our semi-annual Friendsgiving, that post-Thanksgiving (non-mythical variety) celebration. All the holiday goodies, the old familiar faces. The bawdy banter, the full glasses of wine (it was like an episode of “Cougar Town” but with jokes). At some point, about halfway through the case, Erin started handing out “Indian names” to our guests: “Three Holes” and “Three Sheets” reposed on the couch with “Chubby Bunny” betwixt them (after the Oreos came out, he earned the name “Sextuple Stuf”). “Red Bump” was thus named after an amusing childhood incident involving a birth control device. To his right sat “Oaky Afterbirth,” to his left “Brown Balloon”.

Is light-heartedly handing out Native American-type nicknames more offensive than celebrating their massacre? Well, of course not.

But enough about Thanksgiving. This is the Christmas issue, after all (and the end of the noble experiment known as ITSK). So as a gift, we present you OUR MOST POPULAR RECIPE. Based on comments on our website and posts on our Facebook page (and other scientific formulae), the CHICKEN TORTILLA SOUP garnered this prestigious honor! (Word on the web is superfan Jenny eats it for breakfast!) For the one or two of you who HAVEN’T been clipping and saving these articles over the last 3+ years, we will now reprint this ITSK HALL OF FAME recipe, replete with a BRAND NEW INTRO from Erin

And with that, Erin & I finish our meal, throw down our napkins, and, ceremoniously, leave the dishes.

Camera pulls back slowly revealing SIMBA curled up on the Vol de Reve. We hear ERIN enter LIVING ROOM, returning from her job as Creative Director of “World of Color” at Disneyland. MIKE, dressed in velour pajamas, emerges from KITCHEN. ERIN and MIKE meet at the very expensive SOFA. MIKE speaks:

“I don't understand these kitties. Here's our cat. I talk to him. I don't even know if he can hear me, because he sits there, all day long, in his own world, staring at the ocean. What's he thinking about?”

We see a long shot from the landing of the extravagant main level of the home. We realize ERIN and MIKE do not live in Sellwood, but in a palatial home on the Pacific Coast of California. “In the Sellwood Kitchen” was nothing but a dream SIMBA had while napping. MIKE brushes SIMBA from the couch; he scampers to the lanai and flops on his side in a patch of sunlight, glowing the hue of butternut squash soup. 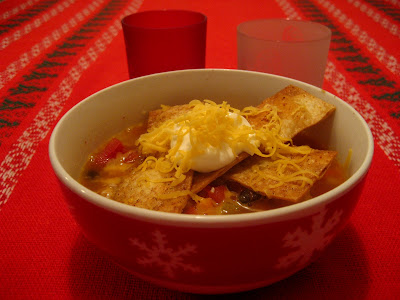 CHICKEN TORTILLA SOUP WITH HOMEMADE CHIPS
Erin’s Outro: Well,” In the Sellwood Kitchen” has been a fun project for over three years. We hope that after all this time you understand what we've been trying to do: Change the world. Okay, that's not true. Seriously, the whole point of ITSK was not to display culinary or literary masterpieces. We just enjoy company, food, writing, and wine. We really enjoy wine. We aren't going away entirely – we'll still have our blog. We'll be back. Sorry, I'm watching Terminator 2 as I write this. But we really will, we've got big things in the works. The next year is going to be a big adventure, and we'll write about it. We hope you've enjoyed our antics, but if not, well, we don't really care. We had fun anyway, even if you thought we were just plain awful. Well... Bye.
2 Chicken Breasts
Salt and Pepper
Chili Powder
Olive Oil
1 Cup Stock
½ Large White Onion, diced
1 Carrot, diced
2 Celery Stocks, diced
1 Red Pepper, diced
1 Clove Garlic
Salt and Pepper to taste
Dash Cayenne
Dash Chili Powder
1 Tbsp Cumin
1 Can diced tomatoes
1 Can whole corn kernels, drained and rinsed
1 Can Black Beans, drained and rinsed
3 Cups Stock
2 Cups Water
The Soup: Season the two chicken breasts with salt, pepper and chili powder to taste. Add oil to pan and heat to medium. Cook the chicken on one side for about 4-5 minutes until browned. Turn and cook a few more minutes until brown. Add about one cup of stock. The chicken should not be submerged in the liquid all the way so adjust the portion accordingly for your pan. Cover and simmer for about 10-15 minutes. When the chicken is cooked all the way through and pulls apart easily, remove it from the pan, shred it with two forks, and return it to the pan, uncovered. When the liquid is evaporated, remove from heat and set aside.
To a large soup pot on medium heat, add oil, garlic, onion, celery, and carrot. Season with salt and pepper to taste. Cook for a few minutes. Add the red pepper, cumin, cayenne and chili powder. Cook a few minutes more. Next, add the diced tomatoes, corn, black beans, stock and water, then mix in the shredded chicken. Cover the soup and bring it to a simmer for about 15 minutes, stirring occasionally. 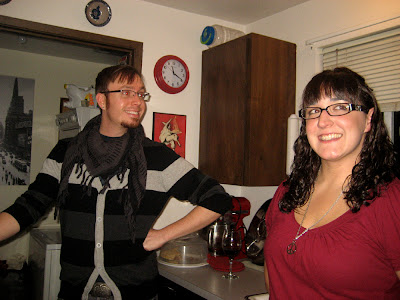 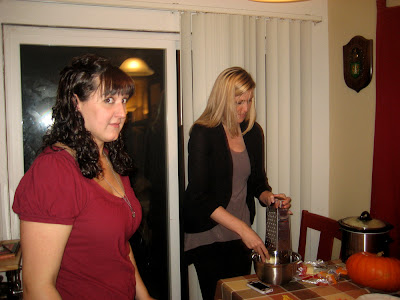 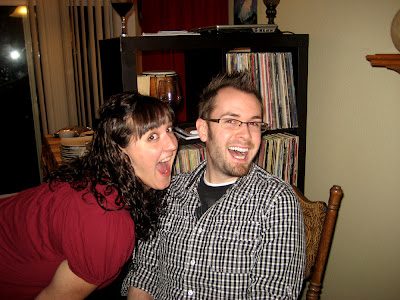 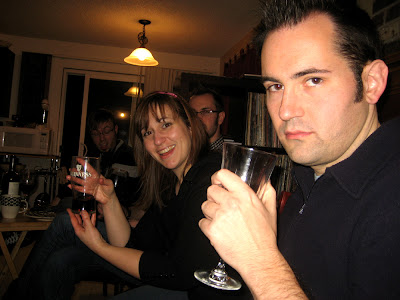 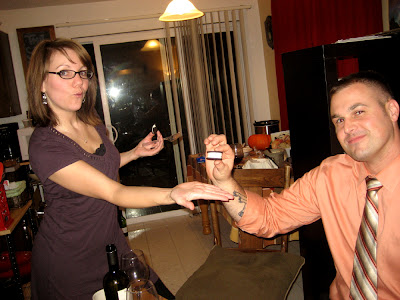 The “In the Sellwood Kitchen” cast and crew can be contacted at: erinandmike@sellwoodkitchen.com
Posted by The O'Shaughnessys at 5:00 PM 196 comments: