From the brilliant minds of Qner, et al at Wunderman.
Posted by The O'Shaughnessys at 8:11 PM 77 comments: 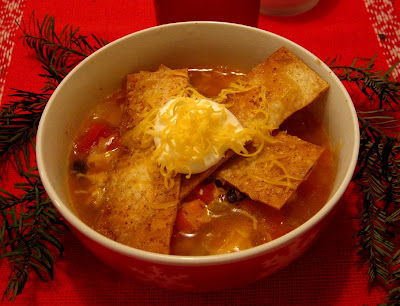 “Hi, everybody, this is James Brown. This is a very, very unusual way to come to you, but I gotta start by saying thanks, thanks for such a wonderful year.”
Charles Dickens. Clement C. Moore. Jean Shepherd. Towering Giants of Christmas Literary Tradition. Shall we add Michael O'Shaughnessy to this honored list?

At best, I'll rank with the copywriters of the 1978 Sears Wish Book. Hooray!
STAVE ONE. Noble's Scent.

Noble was dead: to begin with. Well, soon enough. Erin & I procured the dying fir from the corner lot on SE 14th & Bybee, in the shadow of Wilhelm's Portland Memorial Funeral Home. We neither perused nor considered: I entered the small corral, pointed to this tree, registered Erin's nod of approval and paid the salesman. Moments later, my hands smeared with mud, I drove the fir crown-first into our trunk. I wiped my soiled paws on my denimed thighs with a sudden disdain.

So, you had "this stain" on your pants?

Ha, yeah! But don't interrupt. At home, we eyed the cats with reasonable suspicion, holding the inevitable scolding in check: Kitties, you better not muck about with this tree! Erin balanced the rather plantain-shaped tannenbaum as I twisted the supporting screws of the iron stand. Satisfied, Erin went into the kitchen to prepare tonight's meal.
Have I yet told you of how the first rays of Christmas appeared over our autumnal horizon? Early November, Disneyland, the destination of our road trip. Adam & Josh teamed with us for the pilgrimage. Early Saturday, as we sought to stroll under the arch of Cinderella's castle (like you do), we collided with a camera crew and carefree crowd, filming a segment for the upcoming "Walt Disney World Christmas Day Parade" TV special. Coda: We're in the audience as Jose Feliciano belts through several takes of "Feliz Navidad". Later, dancing snowmen frolic down Main Street. "Navidad" revolved through our heads all day. It was the tremor of Christmas. Perhaps that magical Disney moment with Jose accounts for Erin’s decision to assemble and simmer a pot of tortilla soup! Feliz Navidad to me! 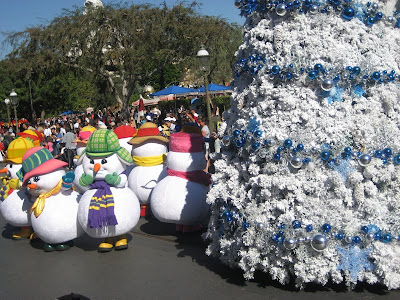 STAVE TWO. The First of the Three Hunger Pangs.

When I awoke it was so dark, I'd forgotten where I was. The night before our tree-trimming, we stayed at my in-laws up the mountain. After breakfast, I spelunked their crawlspace, retrieving three tubs of our not-yet-ridiculous-haul of holiday decorations.

Driving home, the radio played the strain of “Christmas in the Northwest” (my arm shot to the off-switch so ferociously I risked undergoing Tommy John surgery). Our tree, in the wild, had attained a height no taller than Art Carney, but a full cardboard chimney higher than Mickey Rooney.

(I mention Messrs. Carney & Rooney because of their significance to my Christmas traditions. I say “my” Christmas traditions because they are not Erin’s, nor will they ever be. The high point of my holidays is the viewing of the Christmas special! Old Christmas specials! Tis the season for “Ziggy’s Gift”, “Mr. Magoo’s Christmas Carol” and “Twas the Night Before Christmas”, the one with Joel Grey as the clockmaker, and George Gobel as a mouse. I won’t even begin to explain to Erin who George Gobel is because she wouldn’t even begin to care! Hence, our serendipitous compatibility. (Yeah, hence!) Carney stars in my favorite Twilight Zone episode, “Night of the Meek” as a down & out department store Santa; Mickey Rooney plays Mickey Rooney in something Mickey Rooney-esque.)

Now home, the tree secured, we shook our decades-old ornaments from hibernation. They hung from branches, alive again for their season. 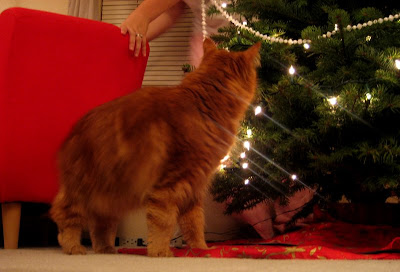 From the kitchen, I could hear the crisp chopping of fresh vegetables. I genuflected before the record cabinet.

"I'm making tortilla soup!" said Erin. I was rifling through my Christmas LPs. Hmm, I thought, "Favorite Christmas Songs from Singer" or one of the Robert Shaw Chorales? I held each album aloft. 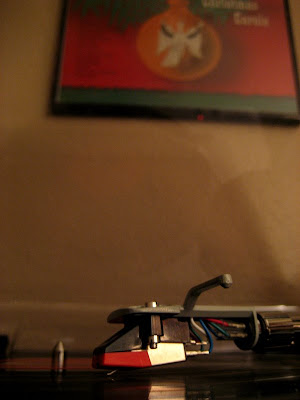 "Terrific," I returned. My vinyl fumblings continued, and my mind bellowed through phantasms of old record shops, garage sales, a DJ booth in Chapel Hill, 1993. I got lost in the music.

Punched in the olfactory by the most redolent glory, I untumbled back to the here and now, pursuing the aroma, as if my nostrils were being lured to the kitchen by cartoon smoke fingers. "Bah, YUM-bug!" I exclaimed, "I want to eat what that smells like."

"No. And don't film me." I turned off the camera and returned to the Christmas music – specifically the delightfully soft soul of “Merry Christmas, Baby” by the Poets, which lulled me to sleep.


STAVE THREE. The Second of the Three Hunger Pangs.

Awaking in the middle of a prodigiously tough snore, I discovered a rivulet of drool winding down Linus’ thinning coiffure. Auggghhh! My Charlie Brown Christmas album! Rubbing my eyes, the satin Ziggy ball and Mr. Parker’s Major Award came into focus. What a tree! It smelled so Christmasy!

“Well, have a taste!” suggested an old woodsy voice.

Woodsy voice? Are you asleep now while you write this?

Listen, you weren’t there. It was woodsy, and I answered (because I was starving, the way middle-class children do), “All right!” and pounced on the tree, nibbling on a high thin branch. I spooked several rocking horses; they fell to the skirt below, taking down one glass ornament and a tin monkey. It made a racket.

“Was that the cats?” shouted Erin, with her annoyed-at-cats voice (just a key higher than her annoyed-at-me voice, which would have been appropriate). 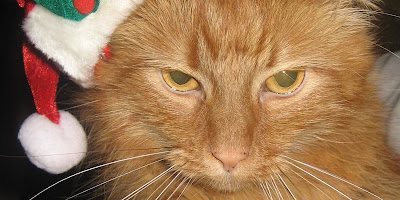 Phlah! I spit out a mouthful of pine needles, simultaneously escaping from my hunger trance. “Yeah, the cats – they’re the worst!” Simba and I exchanged knowing glances. Brushing off my tongue, I dragged my feet into the kitchen. “Hey, Baby, is it soup yet?”

"No. And don't film me." I turned off the camera and returned to the Christmas music – specifically the delightfully soft rock of “Merry Christmas, Baby” by the Carpenters, which lulled me to sleep.


STAVE FOUR. The Last of the Hunger Pangs. 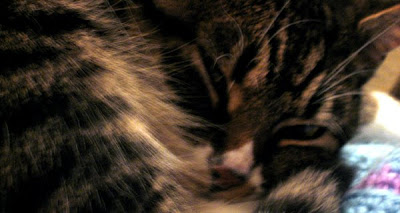 The Phantom slowly, gravely, silently, approached. It was Nala the kitten. "Jeepers! Sneak up on a fella, why dontcha?” I recoiled. “This kitty just about scared the coal out of my stocking!" I shouted to Erin.

So I sat, the cat in my lap, the tiny green lights on the mantle endowing our silhouette with a Tyco Night Glow cast. The needle tailed off the groove of James Brown’s “Let’s Make Christmas Mean Something This Year” and skated across the green Rhino label. It sounded like Santa scratching his beard. I couldn’t get off the couch.

STAVE FIVE. The End of It 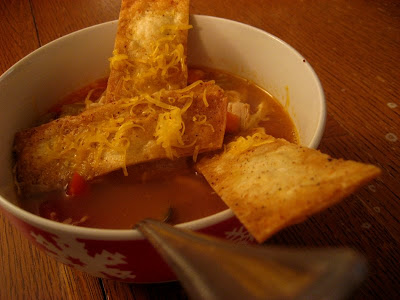 Yes! and the soup bowl was my own. And the soup therein – glorious! And so, as little Nala observed, “Meow Meow Meow, Meowmeow Meow!

Erin's Intro: So, I’m no chef. Usually for our articles I just get an idea, read up on a few recipes, and then do whatever sounds good. I rarely attempt practice rounds before the main event. Maybe if I did, my food would be better…However, in this case, the 3rd (or 5th or whatever) time is a charm! This has been my favorite soup since I used to sneak samples of it while serving at the Roadhouse. I’ve altered this recipe each time I’ve made it, and this is the best version I’ve come up with. Ask Mike. I used to use pre-cooked chicken breast meat (gasp!) out of convenience! Never again I say! And the chips, my god, the chips! I stole the general idea from Irene, but she’s my business partner so it’s not stealing. Right? I’ll never eat store bought tortilla chips again. They insult me. My mom requested I cook this for our Christmas Eve Dinner! Talk about a compliment. I hope you enjoy this soup as much as I do! 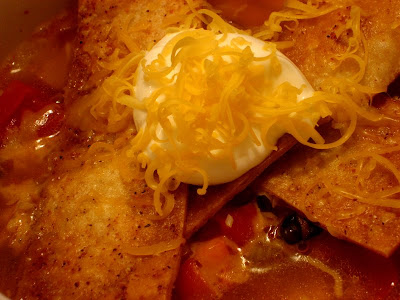 The Soup: Season the two chicken breasts with salt, pepper and chili powder to taste. Add oil to pan and heat to medium. Cook the chicken on one side for about 4-5 minutes until browned. Turn and cook a few more minutes until brown. Add about one cup of stock. The chicken should not be submerged in the liquid all the way so adjust the portion accordingly for your pan. Cover and simmer for about 10-15 minutes. When the chicken is cooked all the way through and pulls apart easily, remove it from the pan, shred it with two forks, and return it to the pan, uncovered. When the liquid is evaporated, remove from heat and set aside.

To a large soup pot on medium heat, add oil, garlic, onion, celery, and carrot. Season with salt and pepper to taste. Cook for a few minutes. Add the red pepper, cumin, cayenne and chili powder. Cook a few minutes more. Next, add the diced tomatoes, corn, black beans, stock and water, then mix in the shredded chicken. Cover the soup and bring it to a simmer for about 15 minutes, stirring occasionally. 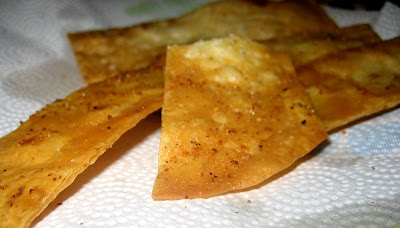 The Chips: To a small bowl, add ¼ cup oil, and a dash of the following: Seasoned salt, pepper, garlic powder, onion powder, cayenne, chili powder and cumin. Mix well. Set aside. Cut flour tortillas into large chip shapes of your choice. Place them on a baking sheet covered in tin foil. Brush the mixture onto the chips on both sides of the chips. Bake at 350 degrees for 10 minutes, or until they begin to brown and crisp. Place a few chips as a garnish on top of soup with a dollop of sour cream and shredded cheese. Take a minute to enjoy its beauty, then devour! And once you taste those chips, you won’t forget to devour them too!

The “In the Sellwood Kitchen” cast and crew can be contacted at: erinandmike@sellwoodkitchen.com
Posted by The O'Shaughnessys at 5:59 PM 24 comments: