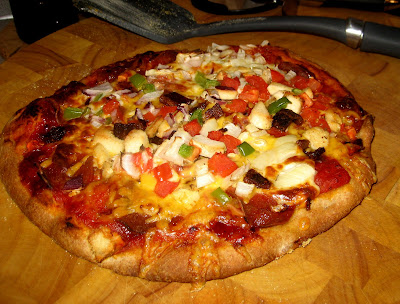 “But I’m a simple slave of appetite…”

It’ll be spring before the month ends. That usually happens every March. I emerged into a spring pantomime this afternoon, exiting work. As the building’s stale air wheezed into the out-of-doors, a worm of robins blushed into the cherry blossoms. One robust fellow hopped through the rustled landscape before joining his friends in the troposphere. This curled my February frown.

“A worm of robins?” Is that accurate?

According to the internets. It is now later in the evening. I’m spinning through the past (where so many other grand springs lived) with my older collection of LPs. And I just finished eating a homemade pizza. Why, it was only last week when our dinner guests arrived to prepare their own homemade pizzas…

Ah, the Sauce Station! We’ve got a pizza bar set up for this edition of ITSK. So a Sauce Station goes without saying. Tomato sauce, barbecue sauce, olive oil (for the no-sauce crowd). There’s also a Cheese Sector and a Division of Toppings.

Was meat considered a topping?

No, meats were available at the Protein Troughs (chicken, pork, pepperoni).

“So you invite people over and make them make their own pizza?” says Brian. (He suggests Hamburger Night at their place – an open package of ground beef and frozen steak fries await us!)

The assembly line begins. I rolled out the first pie, an edible Model T, a pulled pork pizza. A barbecue sauce base, layered with said pork, mozzarella, mushrooms, onions, and, after its baking, a handful of shredded cabbage. (If this were a real restaurant, I’d substitute the parting mint with a clothes pin.)

Surprisingly, Brian (second up) did not opt for the all-meat pizza (his lust for meat being perhaps an unfair assumption of mine). Adam and Josh followed (the latter’s crust a gluten-free recipe brought from home). Josh’s pie was loaded up with so many ingredients it developed a pizza cleavage; a San Andreas Fault of toppings nearly split his pizza in two.

Indeed, I hinted at embroidering doilies with the slogan: Eat a Pizza, Rent a Schulzy.

Arriving (6:30): Jessica. Her arrival would swerve the night’s conversation from the purely scatological to the nearly intellectual (well, scholarly, at the least).

Jessica and Adam are teachers, and so a discussion on how to turn an indoor cat into an outdoor cat…

…is sprinkled with insights into an educational system struggling against the twin clogs of enlightenment, Ignorance and his sloggy behemoth of a brother, Bureaucracy. What I gleaned is that history books have been replaced by a Facebook account: Become a Fan of The Last 15 Minutes.

And as we stuffed our gaping maws with instant pizza pies (a relatively healthy meal except for the pepperoni), the subject of American obesity reared its medicine ball-sized head. A lifelong student and ward of that most persuasive of psychological weapons, Advertising, I saw the solution to this dread pandemic:

Slap a Nascar logo on a banana.

“And a slothful child shall lead us…”


Erin’s Intro: News Flash! The Sellwood Kitchen did not invent pizza. I know, shocking. But we did host a super fun pizza party. Here’s what we did: First of all, the crusts are a bit time consuming to mix up and form, so if you are going to have a pizza party, do this part ahead of time OR buy pre-made crusts (gasp!). We supplied most of the toppings and set out a buffet of choices on the table. Adam and Josh brought pulled pork, and we supplied as many toppings as we could think of. I also served a salad; since the pizzas take 18 minutes to cook, it was the perfect amount of time for an appetizer. And it helps keep your guests from going nuts while they wait. Luckily for us, our guests are already nuts. Where were we? Well, that’s pretty much it. In theory it’s simple, but depending on how many choices you want, you could always ask each person to bring a topping to contribute.
Umakadee Pizza Crust

Pizza Crusts: Put the warm water in a large bowl. Sprinkle with yeast and let sit until foamy, about 5 minutes. Coat a separate large bowl with oil and set aside. In the bowl with water and yeast, whisk in the oil, sugar and salt. In a separate bowl, combine the flour. Add the flour to the water mixture and mix with wooden spoon until a sticky dough forms. Put dough into oiled bowl. Spread some extra olive oil over the dough and cover with plastic wrap. Let dough rise in a warm spot for one hour. After the hour, turn dough out onto a floured surface and knead 2-3 times. Return to bowl to let rise another hour. Knead on a floured surface 1 or 2 more times before dividing dough into 8 equal balls. Form each ball into a flat round shape by stretching and pulling. If dough becomes too tough, let sit a few minutes and return to it.
To Freeze: Place crusts in a single layer on a baking sheet that has been dusted with corn meal. Partially freeze the crusts. Place the crusts between layers of parchment paper and store in the freezer until ready to use.
To Bake: Start with frozen crusts and let each guest build their creation. Bake pizzas at 450 degrees for 18-20 minutes. Helpful hint: Sprinkle corn meal on baking sheet, put two crusts on each baking sheet and build the pizza on the sheet. This way you won’t have to transfer a defrosted pizza… yeah, we learned the hard way. 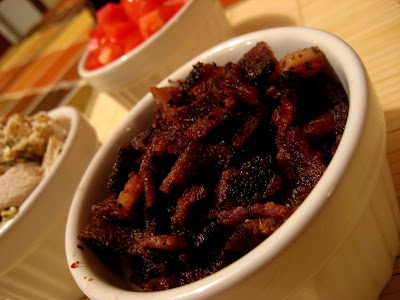 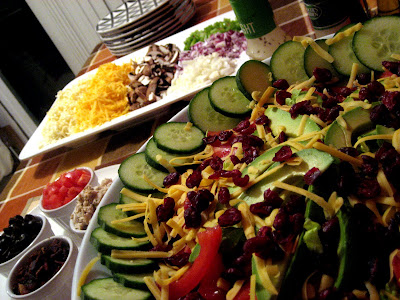 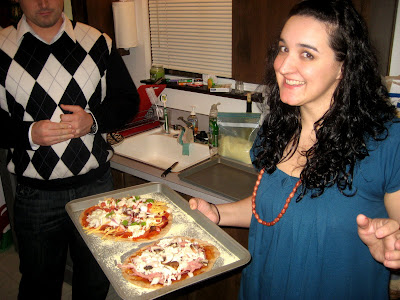 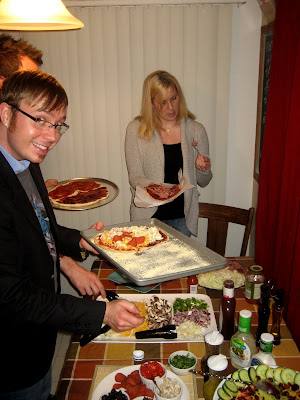 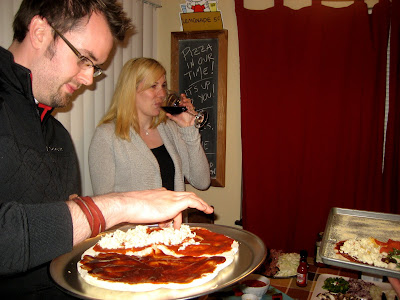 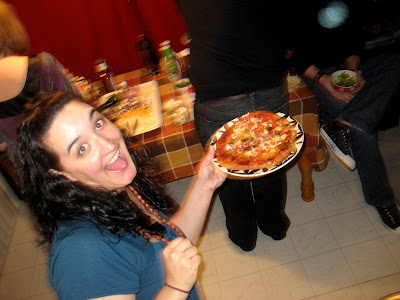 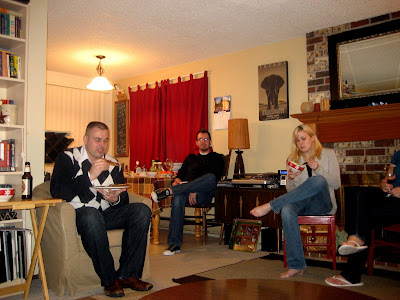 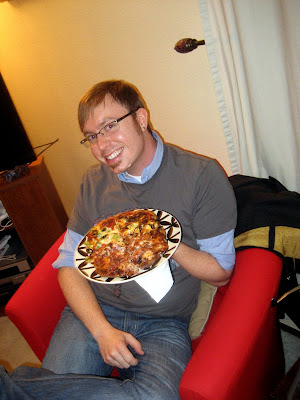 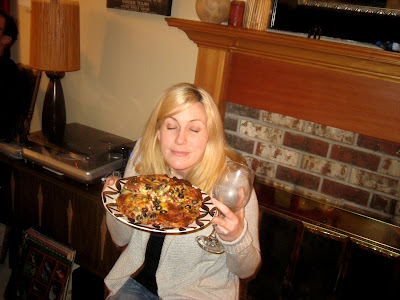 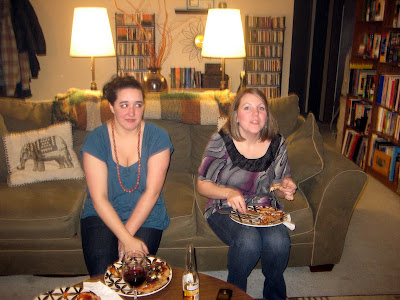 The “In the Sellwood Kitchen” cast and crew can be contacted at: erinandmike@sellwoodkitchen.com
Posted by The O'Shaughnessys at 4:39 PM

I'm coocoo for cocoa puffs - er, I mean PIZZA! My idea of pizza at home is to rip open a box of Totino's $1.19 "pizza." Yours sounds & looks soooo much better!