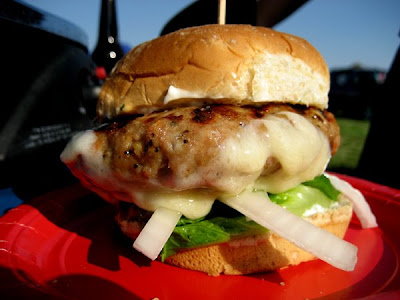 Know what I’m eating write now? Erin’s Blueberry Lemon Curd Pie. Curd doesn’t sound like something you eat (too close to “curdle”), but Miss Muffet was a big fan. And the blueberries – fresh from her parents’ yard. I helped pick them. Right off the bush! Amazing! Just plain amazing. 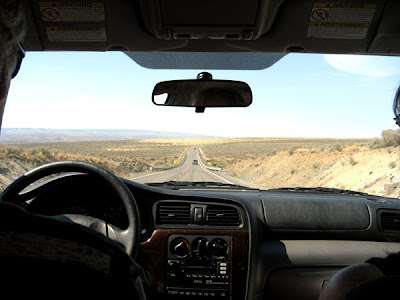 My in-laws are great (or is that In-Laws?) Last weekend, we all drove (well, Rick drove; Kathy, Erin & I were chauffeured) to the Gorge Amphitheater in George, Washington (birthplace of our first president!) to camp and see Tom Petty & the Heartbreakers. This seemed like the perfect opportunity to take the Sellwood Kitchen on the road (yeah, I know, this is like the THIRD time we’ve done this – but hey, as home is where the heart is, so the kitchen is where the digestive system is). A barbecue before the highly-anticipated double-fist pumping, over-drinking, and off-key sing-a-longs of stadium rock! 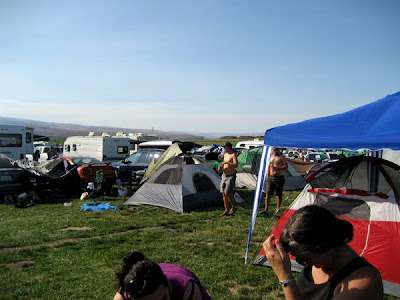 It was the weekend of the 16th. Remember? The mercury hit a hundred. The thermometer looked like blown glass. We drove five hours in a heat that ultimately conquered the air conditioner. We arrived at the Gorge moist, warm pools spilling from the crooks of our legs. In a scene from Beau Geste (or more appropriately Laurel & Hardy’s Beau Hunks), we pitched our tents in earth so warm my spike sank in like a needle through a Jell-o shot. Luckily, by the time we raised our shelters, the sun (by my admittedly amateurish calculation) dangled (and I might be exaggerating) 14 feet above our heads. I paused, looked up, then out, surveying the 20,000 Petty fans blasting “American Girl” from their SUVs’ woofers, and decided “I want a hamburger sandwich.” But, turning back towards our camp, I realized that Erin and her mother had gone for ice. Rick and I sat in the semi-shade, like desperadoes under the eaves.

After an indeterminate amount of time, during which a bramble of soon-to-be-besotted concertgoers carpeted the once-empty campground, Erin & Kathy returned. 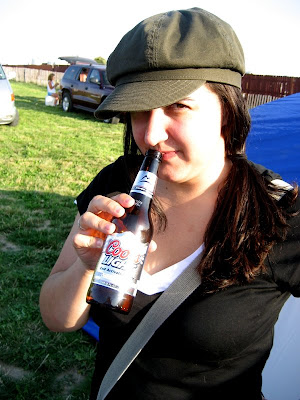 Poof! Erin got the Coleman started. I took a pull from my Coronita, and retrieved our camera. Erin had wisely prepared the burgers at home, in the Sellwood Kitchen (at the time, I was leafing through an old issue of Marvel Two-in-One featuring The Thing and the Inhumans). Here at Camp Petty (where I suspect Tom & the HB avoided the pre-concert sweating by chilling in the Cavern Rooms at the Cave B Inn), Erin grilled the turkey burgers to perfection. 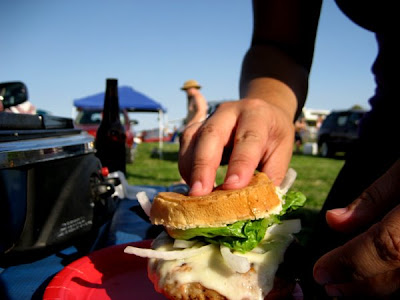 One is not often guaranteed a perfect burger cooked on a camp grill in the sweltering and dusty heat; lesser burgers can be a little rough around the edges, or inside, a little hollow. But not this one. It was fatter than Ron Blair’s bass.

Burgers and beers in belly, the four us joined the mile-long exodus from camp site to stage. It was quite a hike, but thank god we passed a pod of honey buckets being emptied, the stench accomplishing the dual task of wiping out blocks of memory while inducing a dry, unfathomable nausea that only made our arrival at the front gates almost transcendental. But we made it! 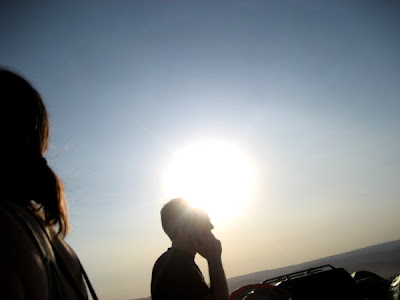 As Steve Winwood took the stage to open the show (he sang “Can’t Find My Way Home”!), Erin & I weaved through the crowds, past the sprinkling hippies, and the above-the-belt cellulite ladies, and found our seats (Row 20 – I could practically read Winwood’s watch!).

Soon that benevolent tyrant of life, the sun, sank into the desert beyond the Columbia. And behind us Earth’s natural satellite appeared, white and whole. Tom Petty took the stage and full-blown full moon fever kicked in! The first three chords of “You Wreck Me" serving as a clarion call to erupt the sold-out crowd! Erin let loose with a wild whoo-hoo, rebelling against Earth’s gravitational pull, to take orbit around Gone Gator Country! 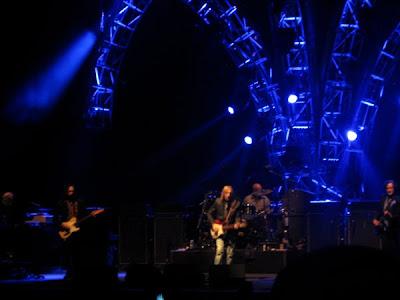 I lost myself in the experience, thrusting my warm $9.50 Coors Light into the electric night, fueled by Erin’s love of rock and roll and the best turkey burger I’ve ever eaten. I felt so god. Like anything was possible. 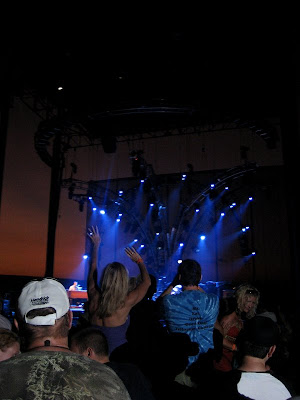 Mix ground turkey with other ingredients, and form into four patties. Grill to preference.


The “In the Sellwood Kitchen” cast and crew can be contacted at: erinandmike@sellwoodkitchen.com
Posted by The O'Shaughnessys at 8:33 AM

food looks great and I loved the story. Time to visit another sellwood kitchen!!!

my two loves combined! food and music! great food, erin, of course. and great writing, brother, of course! i really like the zevon reference. guess the rest of you missed it.

I knew you'd see it!

Warren Zevon reference?? I didn't see "Werewolves of London" anywhere in the post.