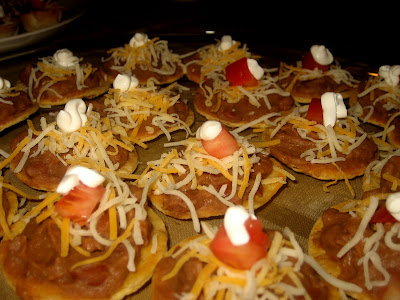 Starring Erin & Mike and The Others
Filmed on Location in Beautiful Downtown Sellwood
Soundtrack: I’m the Man by Joe Jackson

“You gotta hear me on your radio.”

Remember when you’d get sent to bed without supper because you were being a jerk or something? Kids, right? Well, guess what? ITSK is sending you rugrats to bed WITH supper!

You, Jessica, Felicia, Zac, Marissa, Leigh and 200 others like this.

There was quite a crowd in the Kitchen this month. I guess everyone COULD stand the heat. And by heat I mean “The Heat” – that often-charming but always overwhelming personality of ITSK. I suppose this is why Erin and I were asked to be featured in the popular local podcast “In Bed: With Matt & Phil”, starring local celebrity podcasters Matt & Phil. (I don’t need to explain what a podcast is, do I?) This event (hereafter known as Episodes 13 & 14 of “In Bed: With Matt & Phil”, and ITSK 34.0) caused a surge in popularity for the Sellwood Kitchen. Just check the numbers on our Facebook Fan Page (I don’t need to explain what Facebook is, do I?). In the days leading up to our significant interview (ITSK’s first jump into a new medium), our fans grew from 170 to over 200! What does that mean? Hardly anything in the non-social networking world, but for computer nerds and the barely literate worldwide, well, it’s kind of a big deal.

But this column is about food, isn’t it? (Is it?) We did prepare food, I want you to know. Sure, we’re terribly charming, but no one’s interested in us when there’s nothing to eat.

“Yes, Erin knows all about wizards and Tom Petty, and Mike delivers snarky retorts nobody understands, but I’m hungry here. Let’s get some Cajun tots at the Public House.”

Wait! We (Erin) prepared… Tiny Tostadas! Enough for the local celebrity podcasters and their audience! You should have SEEN that crew gobble up those appetizers! Well, you know how celebrities and audiences are – they LOVE free stuff!

And of course, we were more than happy to provide it. More than. They were there to interview us after all! And how did that go? Listen for yourself at In Bed: With Matt & Phil (look for episodes 13 & 14). Oh yeah, don’t listen to it at work and DEFINITELY don’t listen to it around children. Or senior citizens. Or… well, just listen to it alone.

In our personal fantasy worlds, In the Sellwood Kitchen is a pretty big deal. And our broadcast interview justified our minor delusions. After all, the May edition will mark ITSK’s 3rd anniversary in The Bee, the publication I consider the flagship paper of the Pamplin Media Group. Of course, the best neighborhoods in Portland deserve a newspaper of this ranking. (Not to slag the rest of Portland and its suburbs, but between you and me and the other 12 of you who read this column each month, where else would you go for a great cup of coffee and a delightful day of antiquing?)

Why not become a fan of the Sellwood Neighborhood on Facebook as well? Shouldn’t we embrace the internet? It’s the microwave of social interaction!

Three cheers for podcasts, blogs, tweets, updates, IM, the youtubes and whatever’s next in our electronic evolution!

But most of all, remember to eat! And eat well! And if all this new technology is too much for you, do things the old fashioned way – open up your copy of The Bee, clip out an In the Sellwood Kitchen article, and stick it to your fridge. Just like in the old days – the mid-1990s.


Erin’s Intro: When we found out we’d be welcoming local celebrities Matt and Phil into our house for the big podcast interview, I decided I wanted to feed them one of the most famous ITSK recipes. I picked the “Totally Worth it Tacos” from our one year anniversary episode in May 2008. Shredded Pork tacos that are literally world famous. Our friends who live in Japan make them regularly, hence the fame. However, our number one fan Jenny might argue that the Chicken Tortilla Soup is more famous, since she makes it monthly, even in the summer. Maybe we should do a poll… Anyway, to go along with the pork tacos, I came up with some little appetizers. My secret is this: if you make a miniature version of anything, it will be a hit. It will also be cute. So, I made tiny tostadas and tiny tostada cups. You can top them with pretty much any ingredients you want; even the shredded pork would be fun. Here is what we did:
Tiny Tostadas and Tostada cups:

Use a 2.5” round cookie cutter to cut out 20-30 rounds from the flour tortillas. Spread out in a single layer on a baking sheet. To make the cups, first heat the rounds in the microwave for about 20 seconds to make them more playable. When hot, using your fingers, press the rounds down into the mini muffin cups. (They keep their shape much better if you heat them up first.) In a small bowl, mix about ¼ cup of vegetable oil with a teaspoon of taco seasoning. Use a brush to coat each side of the flat tostadas with the seasoned oil lightly. Coat the cups as well. If the oil pools in the bottom of the cup, use a paper towel to soak up the excess.

Bake the tostadas at 350 until golden brown and crispy, about 10-15 minutes. Let cool.
In a small saucepan, heat the refried beans and cayenne pepper. Top each tostada/cup with refried beans, cheese, and your desired toppings. Use a sandwich bag to pipe sour cream neatly on top. Serve immediately and enjoy! 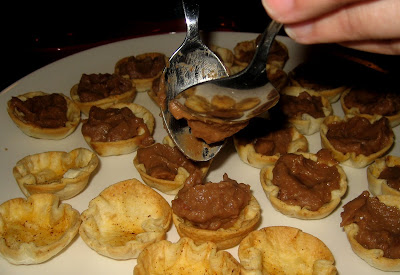 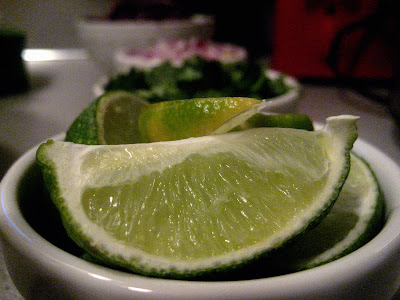 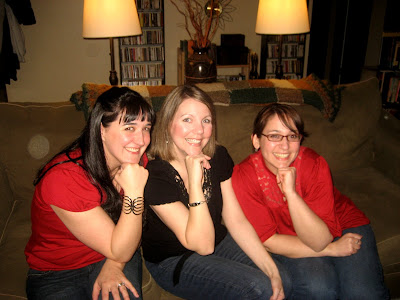 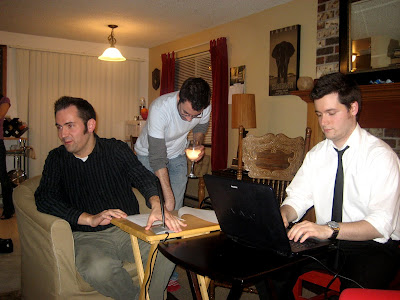 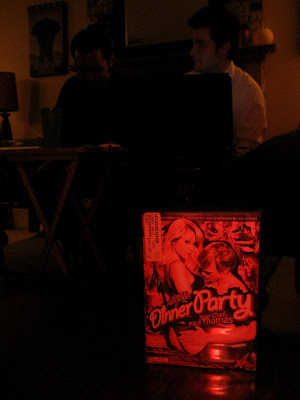 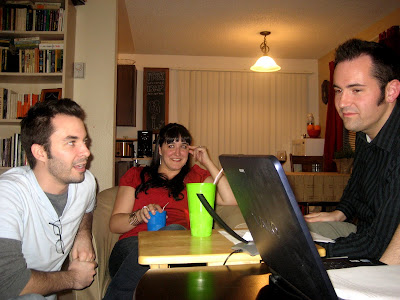 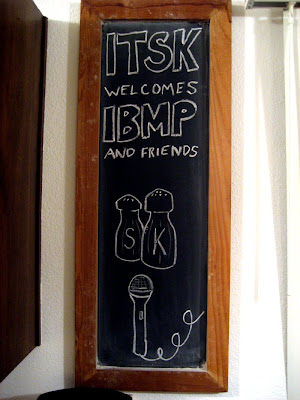 The “In the Sellwood Kitchen” cast and crew can be contacted at: erinandmike@sellwoodkitchen.com
Posted by The O'Shaughnessys at 4:29 PM

Yeay for a new post! Those look delicious! Nice idea for an appetizer!! Yum!

It’s the microwave of social interaction!

That was a crack up, Mike!

This is a very good article material and it is very useful for us all. thank you . cara menggugurkan kandungan

There have been manystrong freshmenclasses before: 1999 introduced Beltran, and two years later, Ichiro, Albert Pujols, Jimmy Rollins and Alfonso Soriano entered the league. In 1986, Barry Bonds, Jose Canseco, Will Clark and Barry Larkin debuted. Even so,we're amidthe best (and most consistent) stretch for rookie position playerssince at least the early 1960s, as reflected below..

Mankind's need for God has always been there. Our Ray Ban Outlet search after Him is an age long one. The early man, undoubtedly, had to Yeezy Boost 350 face great odds in his struggle for survival. Although written Coach Outlet Store about New Jordan Shoes 2020 for hundreds of years, we are only now starting to understand some of the underlying brain structures and possible risk factors that make a person more Coach Outlet susceptible to being diagnosed with OCD. No single factor is Yeezy Discount likely to blame. Rather, a complex combination of factors likely contributes to a person being more likely to be diagnosed with this condition.OCD, like most mental disorders, is best diagnosed by Ray Ban Glasses a specialist a mental Coach Handbags Clearance health professional such as a psychologist, psychiatrist, or clinical social worker.